Drop us a line

GET A QUOTE
Menu 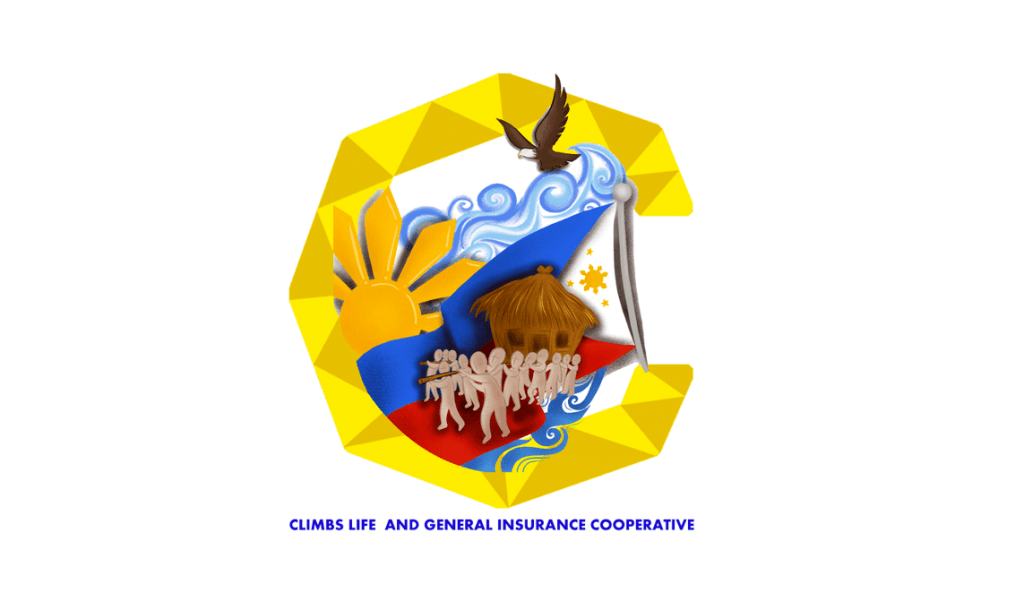 On October 28th CLIMBS, through the CLIMBS Institute of Management (CIM) and the NaFeCOOP, welcomed everyone to its virtual forum aptly entitled: Cooperative Talks 2021 – The Cooperative Identity in the 21st Century. The highlight of the virtual event was the Unveiling of CLIMBS’s Philippines Corner at the Rochdale Pioneers Museum in Manchester, England ushered by Ms. Liz McIvor the Manager for the Co-operative Heritage Trust of the Rochdale Pioneers Museum.  Ms. McIvor spoke about the rich history and the importance of the Co-operative Heritage Trust to the Cooperative Movement.  The memento, a testament of a sustainable and resilient cooperative movement is an apparent collective culmination of CLIMBS member-owners and other stakeholders’ commitment, hard work, and dedication which is a fitting celebration to CLIMBS’s 50th year. CLIMBS brought recognition to all Filipino cooperators and cooperatives and cemented its place in history at the birthplace of the Cooperative Movement.

The design of the memento has the following depictions: 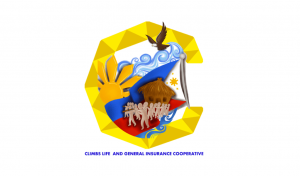 The yellow letter “C” surrounding the image – the logo of CLIMBS Life and General Insurance Cooperative. The grassroots cooperative founded by Atty. Mordino Cua and Atty. Aquilino “Aquio” Pimentel Sr. back in the 70s in Cagayan de Oro City, Philippines.

The eagle on the right side – it is the Philippines’ National Bird, the Philippine Eagle (or famously known as the Monkey-Eating Eagle). It is the largest eagle in the world and it symbolizes the Filipino’s bravery and strength.

The Air, just below the eagle – the artistic reference for both “Hanging Amihan” and “Hanging Habagat”, the former being the cool northeast wind and the latter being the west or southwest wind. The ‘amihan’ weather is characterized by moderate temperatures, with little or no rainfall. The weather pattern begins sometime in November or December and ends sometime in May or June. The ‘habagat’ weather is characterized by hot and humid weather, with frequent heavy rainfall. As a tropical country, the Philippines is at the mercy of Mother Nature, it experiences multiple typhoons in a year affecting the most vulnerable grassroots population. To uphold the value of social protection, CLIMBS is constantly developing sustainable and reliable means to be responsive to whatever emergency situation.

In Philippine mythology Amihan was believed to be a bird and the first creature to inhabit the universe, along with the gods called Bathala and Aman Sinaya. In the legend Amihan is described as a bird that saves the first human beings, Malakas and Maganda, from a bamboo plant.
The Sun, on the left side – in Philippine symbolism, it represents freedom, unity, democracy, and sovereignty. It is also found on the Philippine flag, having eight rays (8) each representing the first eight provinces that revolted against the 333-year reign of Spain in the country.

The Philippine Flag, beside the sun – the blue color stands for peace, justice, sacrifice, and truth. The red color symbolizes bravery, courage, and patriotism. The white triangle represents fraternity, liberty, and equality. The three stars represents the Philippines’ three major islands, Luzon, Visayas, and Mindanao. (For the sun, please refer to the above description).

The forefront & highlight are the people who are working together and carrying a Bahay Kubo (or nipa hut, a type of stilt house indigenous to the cultures of the Philippines), they are transferring it from one place to another – a Filipino tradition commonly known as the practice of Bayanihan. The word “Bayanihan” does not have a direct and accurate translation to the English language, although it can be roughly translated to mean either ‘cooperation’ or ‘cooperative endeavor’.

The cooperative identity and the cooperative movement have been ingrained in Filipino culture for thousands of years, it is only fitting that CLIMBS Life and General Insurance Cooperative would be the epitome of both in the Philippines. 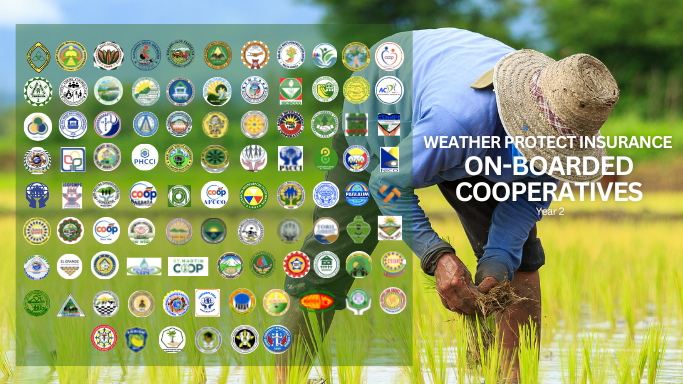 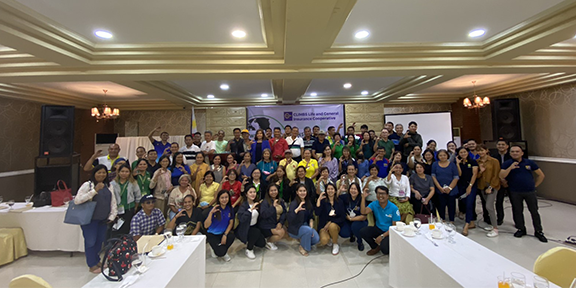 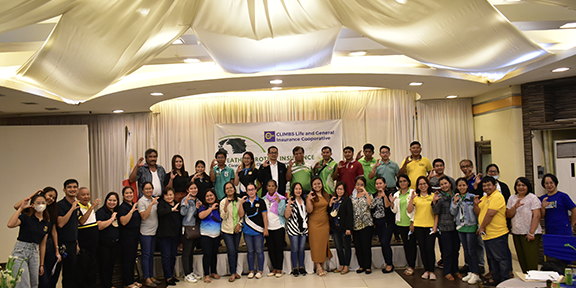 Have any Question? Ask us anything, we’d love to answer!

Receive resources & tools that can help you prepare for the future.